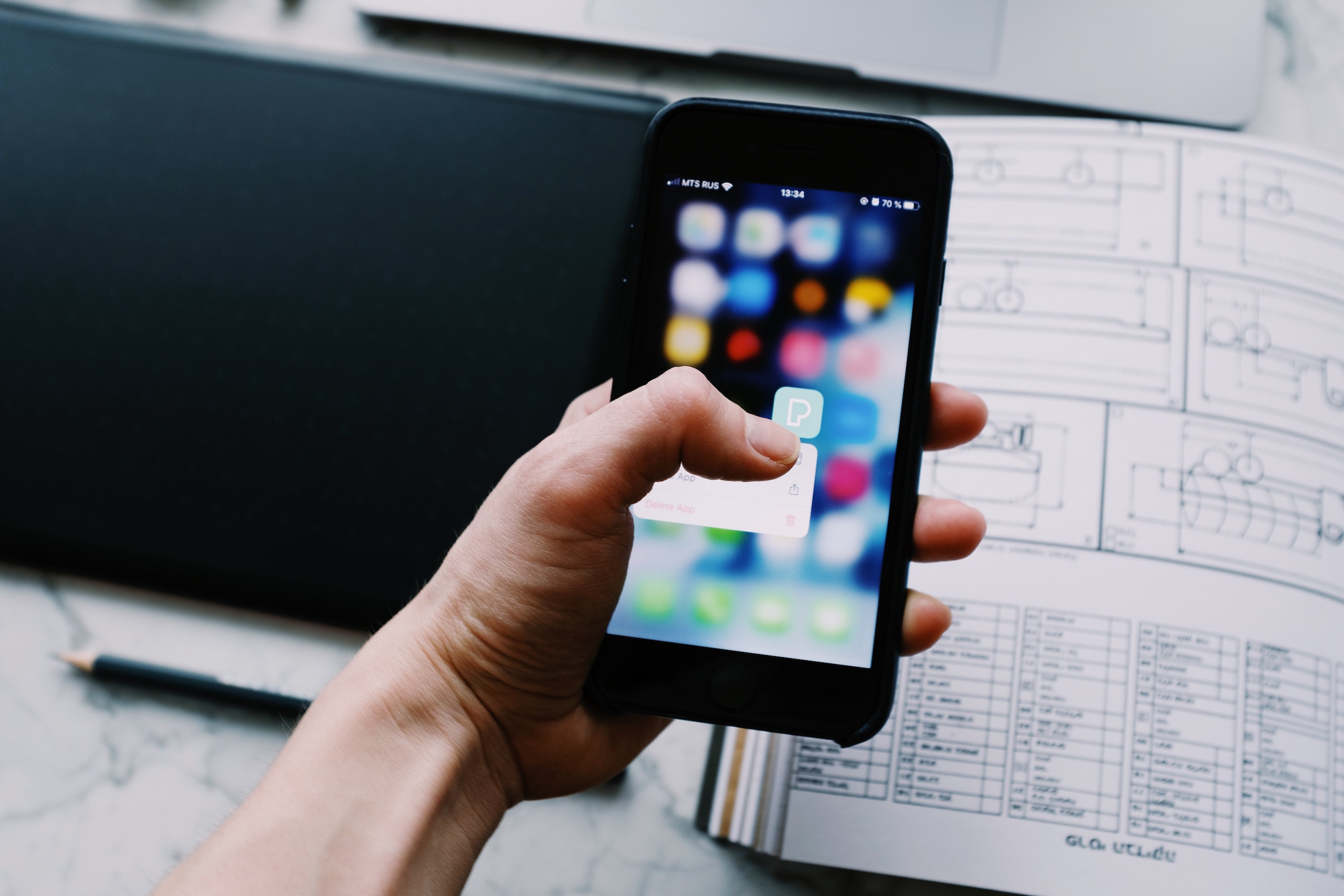 In this article, we will dive deeper into the benefits of custom mobile app development for businesses. We will also look into one of the recent trends – cross-platform app development.

The number of global smartphone users has reached 6,567 billion in 2022. It means that 83.32% of the world’s population is wired to these smart and compact devices. In addition, the number of global mobile app downloads increases constantly. For instance, downloads made were 230 billion in 2021. Another study suggests that mobile users have growing appetites for paid content and premium services within mobile apps, and they eagerly spent around ​​33 billion dollars in the second quarter of 2022 on mobile apps. Data shows that the custom app development industry is going to generate more than 613 billion dollars in revenues by 2025, making it a lucrative domain for many entrepreneurs and companies.

Whether your business is built around making money from marketing services and products through custom mobile apps or monetizing app content, these figures mean that if you still do not have a mobile application or have a poorly built one, you miss tremendous opportunities for your company.

Delving Into Custom Mobile Application Development: Details for You to Know

Investing in the development of mobile applications is something businesses of all sizes and across different industries should consider. However, with so many applications available on the market, it’s getting harder to break through the competition noise and showcase the true value of your digital product to your audience.

But competition is not the verdict. When you do things the right way: study what your audience needs, estimate your capabilities, and hire dedicated mobile app developers who know their business, you will get a digital product destined for success.

What Is Custom Mobile Apps Development?

According to Microsoft, custom business app development is designing software applications to fulfill specific business needs of users in a particular organization. While this is a general interpretation of the development process, it can be applied to mobile development as well.

IBM defines custom mobile app development as the process of building software for smartphones and digital assistants, usually on Android and iOS operating systems. These apps can be preinstalled on the device, downloaded from the app store market, or accessed through a web browser.

The HebronSoft custom mobile app development company interprets this process as designing and building a digital product for an Android or iOS mobile device according to your individual requirements.

To build a successful mobile application, a custom app developer may use programming and markup languages such as Java, Swift, C#, and HTML5. They will also refer to mobile app development frameworks like:

What Are the Advantages of Mobile App Development?

There are many reasons that may encourage you to look in the direction of custom mobile development:

How Long Does It Take to Create Custom Mobile Apps?

Without a doubt, custom app building may take some time. This process involves setting your goals, establishing requirements, thinking of what features to add to give maximum value to your users, building an MVP, designing the interface, writing code for the modules, integrating third-party or other custom applications, testing, and more.

Usually, it takes around 2-4 weeks for setting the requirements and setting the scope of the project. Then, the project moves to the planning stage where tasks are laid out. Generally, the project is broken down into sprints or other sections to let custom app developers and designers work on assigned tasks within set timeframes. Undoubtedly, the largest amount of time is spent coding the application, which usually lasts 3-4 months. Testing is an essential part of app development, and it may require allocating extra 3-6 weeks. In total, it takes 6-9 months to deliver a ready custom app for mobile.

Most companies follow the Agile methodology, which makes the custom business application development process more flexible and time-efficient. The use of frameworks like Flutter also adds to the ability to cut the development time, so experienced custom web and mobile app development companies will deliver a ready application with moderate functionality within around 4 months.

The upfront cost of building custom mobile apps for business can vary, so we can give you a rough estimate of what to expect when you find yourself in the market for a new mobile app.

Custom mobile app development pricing will come down to a few things such as:

The average cost to outsource mobile app development and get software capable of fulfilling its designed function is around $80,000. But it’s better to reach several mobile app custom development partners and see what it will cost you to build software with each of them.

You may be tempted to go with low-cost mobile app development. It’s not necessarily a bad thing as developers may use frameworks and technologies that cut the development time, and, thus, reduce the cost of the application. In this case, double-check that you’ve selected a trusted service provider.

When you want to create a custom app for mobile that is not tied to a native functionality of an operating system, you should consider cross-platform development.

What Is Cross-Platform Mobile App Development?

If you need some good reasons to consider this approach for mobile app development, here are some of the most prominent advantages that will catch your attention:

To achieve greater savings without sacrificing software quality in cross-platform development, software engineers use cross-platform app development frameworks. They contain ​​pre-built elements like compilers, debugging tools, widgets, APIs, and more so that developers could create applications with less coding. Below, you will find some of the best-performing frameworks used by custom web and mobile app design or development companies.

Flutter is an open-source development framework from Google that provides developers with effective tools to build applications for desktop, web, Android, and iOS from a single code base. It enables the creation of natively-compiled mobile software that is fast, productive, and scalable. This framework has an extended library of customizable widgets, APIs, adaptive designs, hot reload, and other features, allowing it to target six targets and ship features faster with less coding.

Ionic is an open-source mobile UI framework for delivering cross-platform mobile applications from a shared code base. It supports React, Vue, and Angular mobile app development. Ionic holds a huge library of UI paradigms for a smooth user experience like sliders, alerts, chips, toggles, checkboxes, input, and other elements.

Xamarin is a Microsoft-owned open-source mobile UI framework for building Android and iOS apps with .NET and C#. This toolkit will help you maintain a consistent look across various platforms your audience uses or maintain a native look and feel, just whatever your preference is. Xamarin offers fifty platform-specific APIs including sensors, geolocation, device information, and more to let developers effortlessly assemble an application that will run on iOS and Android.

NativeScript is an open-source framework known for enabling the ability to build native apps on iOS and Android platforms. However, it also has capabilities for cross-platform development. It lets developers use JavaScript, TypeScript, Angular, React, Svelte, and Capacitor to build cross-platform mobile applications that communicate directly with mobile native APIs. Angular and Vue.JS engineers will find it especially handy as it allows converting existing web apps written with Angular or Vue.JS to mobile.

Node.js is a cross-platform, back-end JavaScript runtime environment designed to deliver scalable applications that will perform equally well on Android and iOS. While it is mainly used by web developers, this is also a powerful tool for cross-platform mobile apps. With this platform, developers can target iOS and Android devices by using the same code base. Because of Google’s V8 JavaScript engine, apps built with Node.js are scalable and deliver high performance.

With Appcelerator Titanium, developers with a passion for JavaScript can create Android and iOS custom-built apps using a shared code base. With this platform, you will get a cross-platform mobile app with an immersive user experience that feels native.

Apache Cordova, formerly marketed as PhoneGap, is a mobile application development framework that allows building HTML, CSS, & JavaScript mobile apps for various operating systems from one code base. This platform gives access to plugins that unlock features such as GPS, cameras, and accelerometers to offer a mobile native-like interface.

Sencha Touch has been specifically built for mobile web applications. It serves as a user interface JavaScript library and web framework. Its focus is the mobile interface, so developers use it to create smooth experiences for users of iOS and Android devices.

Corona SDK is a cross-platform framework widely used for delivering apps and games for mobile devices. It contains plugins for all needed to create iOS and Android apps that satisfy the users. This Lua-based framework uses an open-source scripting language for building lightweight, fast, and powerful applications.

The HebronSoft company has been providing custom application development services for more than 5 years. We have assembled a team of professionals with a passion for helping businesses reach their ambitious goals and become more efficient with high-quality applications. We deliver a full spectrum of services, so specialize in mobile, web, desktop, hybrid, and cross-platform development.

Along with the mission to enable technology to transform the business landscape, our company also carries a social responsibility. We hold a Hebron Academy, which targets underprivileged youth in Ukraine. We help them pave their way into the IT industry by providing young people with a quality engineering education.

Our native and cross-platform mobile app development company has already teamed up with dozens of organizations worldwide and helped them become more tech-efficient with custom-built applications.

For instance, we developed a cross-platform mobile LeadMeNotApp that operates smoothly on iOS and Android. This app helps digitally addicted and distracted people do away with their unhealthy online habits. As our client requested, LeadMeNotApp has plenty of customization. It lets you get personalized recommendations for every user. Our team enhanced the app with multiple user roles, event-triggered alerts, and shared profiles for supervision, all wrapped into an intuitive and user-friendly interface.

Another case, Pathwaypt GPS Tracking software designed for web and mobile use for the All Digital LLC company delivering transportation services for B2B clients. This is a scalable solution that lets managers effectively track the increasing number of truck drivers through an appealing interface.

How the Custom App Development Process Is Organized at HebronSoft

In general terms, we can break down the development process into the following stages:

In the modern, highly-digitalized world it is hard to imagine a successful business without a mobile application. Whether your company looks for a way to build a native or cross-platform mobile app, it is essential to find a reliable and seasoned technical partner to bring your ideas to reality.

No votes so far! Be the first to rate this post.